The evolution of EU-Brazil relations in the last decades has been characterised by a growing dynamism, which has led to a significant enlargement of themes considered of mutual interest. The new cooperation themes in many cases go beyond the bilateral dimension, embracing regional and global challenges.

Such process, which began in 1960, culminated in the first meeting of the EU-Brazil Summit, held at government level and involving heads of state. The summit occurred in Lisbon on the 4th of July 2007. In such occasion, the parties decided to establish a Strategic Partnership, in the scope of consolidating the results already achieved, bringing their positions closer to major global challenges and widening opportunities for cooperation and exchanges on issues of mutual interest.

The Sector Dialogues are structured in accordance with the guidelines jointly established in the framework of the Brazil-EU Summits and included in Joint Action Plans (JAPs), which define the major issues of common interest, detailing the sectors and themes which are a priority for both sides.

The preparation of the EU-Brazil Sector Dialogues Support Facility started in 2006, in parallel with the preparatory work to launch the Strategic Partnership. The Facility responded to the demand of creating a financial mechanism to promote and support the development of sector dialogues. Its official launch took place on the 1st of October 2008, and its implementation began the following month, in proximity with the adoption of the first Joint Action Plan (JAP I), during the II EU-Brazil Summit.

The Facility aims to contribute to the progress and development of the EU-Brazil Strategic Partnership, by fostering sector dialogues through actions capable of facilitating and supporting interaction and cooperation schemes between Brazilian and European partners.

The cooperation actions range from the simple exchange of information, experiences and good practices to the development of joint actions. These actions are conceived and coordinated by decision-making levels of the institutional partners involved, and their implementation is guaranteed by the technical and operational services of such institutions.

When possible, the activities also involve other complementary entities in the sectors and themes covered by the projects, as for instance public and private institutions and agencies, organizations representing the civil society, business and socio-professional groups. The overall objective is to approximate the political dialogue to the society and its sectors.

Over the past nine years, the implementation of the Facility has been essentially driven by the demands of the Institutional Partners, responding to regular calls for proposals.

The Facility in Numbers

Between 2008 and 2016, 228 dialogue actions were supported, involving 68 Institutional Partners (41 Brazilians and 27 Europeans), within 30 different sector dialogues.

During these eight years, divided into 3 phases of implementation, 8 calls for proposals have been launched.

Funding for the Facility was ensured through the financial contribution provided by the European Union and non-financial co-financing coming from the Brazilian side. 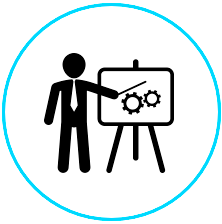 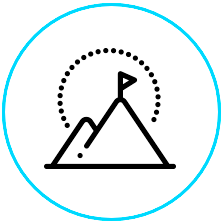 exchanges between Brazil and European Union 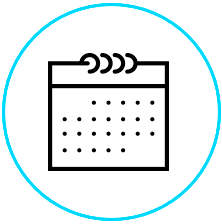 of Brazilian and European consultants (363 man-months)

The Facility is now in its fourth phase of implementation, covering the timeframe 2017-2019, and a new call for proposals has selected new projects and partnerships to be supported.

The Institutional Partners involved have highlighted the importance of the Facility for...

… regular consultations and exchanges of information and / or good practices:

… identification and / or promotion of new cooperation projects between Brazil and European Union:

… the establishment of new areas for bilateral cooperation:

… the integration within international working groups: